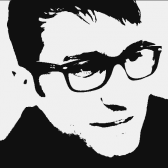 Sacha Loeve was trained in philosophy of science and technology at the University of Paris Nanterre. He worked on the relationship between philosophy of nature and philosophy of technology in the works of philosophers Henri Bergson and Gilbert Simondon, before moving to contemporary technoscience studies for his PhD, obtained in 2009 with a Thesis on molecular nanomachines supervised by Bernadette Bensaude-Vincent. During his doctorate, he has been co-organiser of a 3-year cross-disciplinary seminar on nanotech at the Institute of Research and Innovation, headed by philosopher Bernard Stiegler at the Centre for Art and Culture Georges Pompidou, Paris. Since his Thesis, S. Loeve is primarily interested in rethinking "technology" as a narrative logos of technical objects, a project he undertakes on different fieldworks: carbon as an object with multiple modes of existence (as part of a French-German project on “the Genesis and Ontology of Technoscientific Objects”, GOTO); nano-engineered drug delivery systems and the metaphors of war and oïkos in nanomedicine (in the framework of the Nano2e project, “nano-epistemo-ethics”, leaded by Xavier Guchet). He has also been actively involved in the French think tank VivAgora with which he partook in stakeholder dialogues on nanotech, electronic waste, and synthetic biology. For 3 years he was teaching on "Sciences and technology: Aesthetic approches" at the engineering shcool École des Ponts ParisTech, with the last 2014 edition on "Synthetic Biology: Interactions between art, science and society". He participates in Synenergene as part of the work platform "Art, Culture & Society".