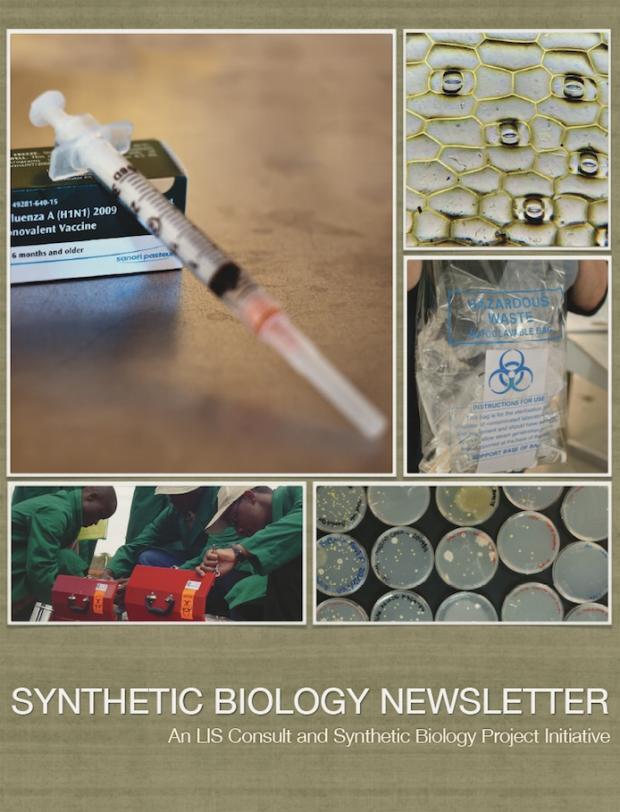 A full PDF version of the 2nd edition of this newsletter can be download from the Website of LIS Consult - http://nieuw.lisconsult.nl/files/Synthetic%20Biology%20Newsletters/synbi...

Inside the work of the United States Presidential Bioethics Commission

In December of 2010, the Presidential Commission for the Study of Bioethical Issues concluded their investigation into the ethical and governance issues surrounding the emerging field of synthetic biology. In a 180 page public report, the commission emphasized the need to strike a balance between an overly prescriptive and excessively laissez faire mode of oversight, ultimately adopting a stance of ‘prudent vigilance’. An event hosted at the WilsonCenter in March 2011 aimed to encourage a trans-Atlantic discussion about the similarities and differences between the commission’s recommendations and those of the European Group on Ethics.

More about dominant frames and discourses in the synbio debate

Two recent studies shed further light on society’s response to synthetic biology, a topic which we also discussed in the first issue of this Newsletter (October 2010). One study by Helge Torgersen and Jürgen Hampel analyses synbio’s potential for controversies similar to those of genetically modified crops. They conclude that controversies about synbio are not (yet) likely to emerge. The other study was done for the Rathenau Institute and maps the coverage of the present debate in theUnited States and three European countries. This study found a strong emphasis on issues of risk and innovation, and weakly developed discourses on ethical and political issues, an imbalance that could still elicit controversies in the near future.

According to Craig Venter, especially famous for his first ‘synthetic’ bacterial cell, the production of seed stocks for flu vaccines could be the first field of application for synthetic genome biology. Last year, Venter’s Synthetic Genomics and the J. Craig Venter Institute formed a new company, Synthetic Genomics Vaccines (SGVI), which announced a three-year alliance with drug company Novartis to develop a bank of synthetic seed viruses. Is this really revolutionary? Ron Fouchier, professor of Molecular Virology at the ErasmusMedicalCenter in Rotterdam (The Netherlands), disputes the hype by putting the development of virus ‘libraries’ in the context of an ongoing development.

In recent years, synthetic biology has become more accessible to the masses. With the internet providing an array of ‘how-to’ knowledge and companies such as Ginkgo Bioworks providing easy access to genes, creative groups of students and hobby biologists have embraced the new field of synthetic biology. These Do-It-Yourself biologists are poised to be a valuable creative resource but also a potential threat to safety. While opponents of DIYbio worry about lack of regulation and potential for bioterrorism, supporters emphasize the positives of DIYbio as a movement opening to the public what was once an elitist field and exciting people about science again.

Biosecurity at the science-policy nexus: developing a vision for the future

The last decade we have seen a rising concern about the potential misuse of biotechnology for terrorist purposes. Internationally, and particularly in the US, biosecurity became an important political issue in the context of the events of 9/11 and other terrorist attacks. The emergence of synthetic biology further added to these political biosecurity concerns. How to deal with biosecurity at this changing and challenging nexus between science and policy? A workshop focussing on this question, organised by the Rathenau Institute in October of last year, resulted in a lively discussion and some interesting observations and conclusions.

BIO:FICTION: where Science and Arts meet

Bio:Fiction is the world’s first synthetic biology science, art and film festival, which took place at the AustrianNaturalHistoryMuseum last May. Two days with lectures, discussions, the opening of an exposition of works of art inspired by synthetic biology, and a film competition. And the winners are…….