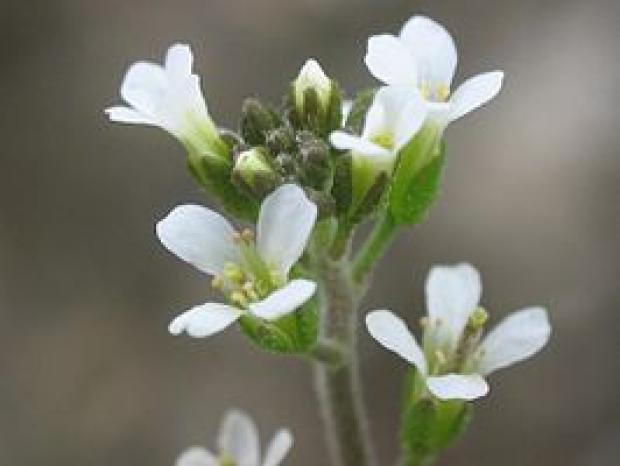 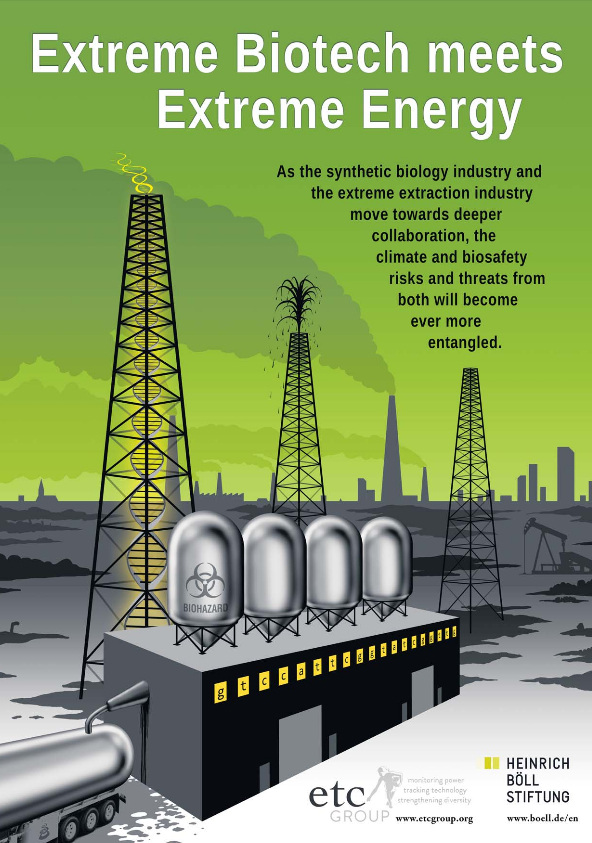 me Biotech meets Extreme Energy
Well panned, a week before the climate summit in Paris the ETC group and the Heinrich Böll Foundation released a new report titled “Extreme Biotech meets Extreme Energy”. The report describes how Synthetic Biology industries are now actively tying their future to the very oil, coal and gas extraction and predicts that as these industries move towards deeper collaboration, the biosafety risks and climate threats emanating from them will become ever more entangled.

Synthetic biology methods in plant engineering
A range of new plant breeding technologies has been developed in recent years. Colorado State University scientists have created an integrated circuit for plants that are similar to those found in an iPhone. 'Gene circuits,' a product of synthetic biology, control specific plant characteristics such as color, size, and resistance to drought. While traditional plant genetic engineering involves inserting or modifying genes that control certain characteristics, plant synthetic biologists are taking a different approach by quantitatively analyzing gene parts to make predictable functions. This new method is published in Nature Methods Nov. 16.

A summary of the results is presented in a Press Release of Colorado State University: http://source.colostate.edu/programmable-plants-synthetic-biologists-pav...

Video on Standardization in Synthetic Biology
Biofaction in Vienna produced a short film about Standardisation processes in Synthetic Biology. The film shows 1) why standards are so important in synthetic biology, 2) what should be standardized, 3) who are the people driving this process, and 4) what this all means for society and the environment.

The video can be watched at http://www.biofaction.com/videos/film-standardisation-in-synthetic-biology/