Frames and comparators: How might a debate on synthetic biology evolve? 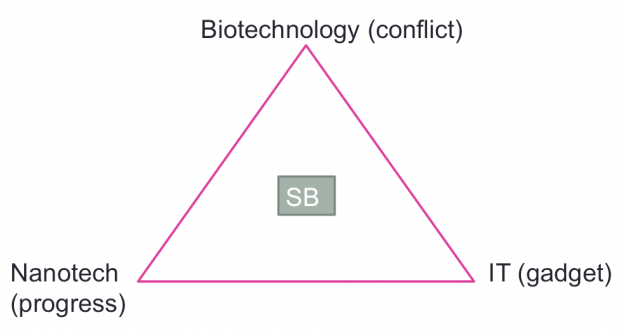 Frames and comparators: How might a debate on synthetic biology evolve?

A stimulated early public debate is frequently advocated when introducing an emerging technology like synthetic biology (SB). To debate a still quite abstract technology, participants functionally need a frame that determines which arguments are legitimate and which issues are relevant. Often, such frames are based on previous debates over other novel technologies. Three technologies currently provide frames for discussing SB: (green) biotechnology, nanotechnology and information technology. In the biotechnology debate, risk has long been emphasised over economic benefits. More recently, nanotechnology has been referred to mostly in terms of benefits, while risks tended to be an issue for scientific discourses. This has frequently been related to the many outreach activities around nanotechnology. Information technology, finally, has retained the image of being ‘cool’ and useful on a personal level. The technology itself is taken for granted and only the consequences of particular applications have been up for discussion. Upstream engagement exercises in SB will have to consider the comparator chosen more diligently, because it might influence the debate on SB ‘out there’ in the long run.