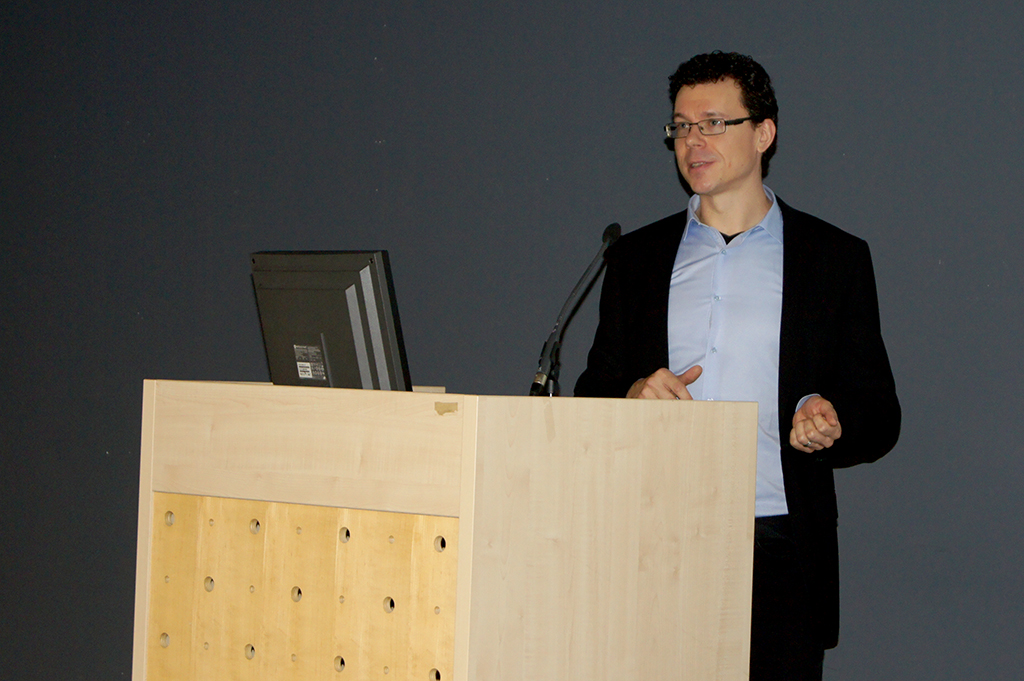 Dr Tony Pustovrh worked as an assistant professor at the Faculty of Social Sciences of the University of Ljubljana. He began his professional career as a young researcher at the Faculty of Social Sciences in 2009.  He received his PhD in social studies of science and technology in 2013. The title of his doctoral dissertation was »Social aspects of human enhancement technologies«. Together with his colleagues at the Center for Social Studies of Science (Faculty of Social Sciences), Dr Tony Pustovrh was involved in several EU-funded research projects, including »Ethics in Public Policy Making: The Case of Human Enhancement« (EPOCH), »Robotics for the New Age«, and »Synthetic Biology – Engaging with New and Emerging Science and Technology in Responsible Governance of the Science and Society Relationship« (SYNENERGENE). From 2015, he worked as an assistant professor at the Chair of Cultural Studies of the Faculty of Social Sciences. He was also an associate member of the Institute for Strategic and Development Analysis in Ljubljana.

During his short but highly productive scientific career, Dr Tony Pustovrh was especially interested in research on the ethical, legal and societal aspects of new sciences and technologies, employing a research approach informed by the social studies of science and technology, technology assessment, philosophy and sociology of science, and bioethics. Such interdisciplinary approaches are needed to understand the multifaceted impacts of new technologies on humans, society and nature. His research focused on issues such as the technological possibilities for enhancing the physical and mental capabilities of healthy individuals, the implications of synthetic biology, genetics and genetic engineering, and the pharmaceutical enhancement of cognitive abilities. In addition, he also explored possible approaches to responsible governance of science and technology, responsible research and innovation, the role of experts and expert institutions in the process of science and technology policymaking, science communication and public engagement, cooperation and evaluation in the scientific community, the transfer of knowledge, and innovation systems.

He authored or co-authored twelve original scientific articles, mostly in prestigious international journals such as »NanoEthics. Studies of New and Emerging Technologies« and »Neuroethics«, as well as four chapters in scientific monographs published by leading European publishing houses. He regularly presented his research results at scientific conferences – most of them interdisciplinary in nature – in Slovenia and abroad. As guest editor, he (co)edited three special issues of scientific journals on the challenges of new sciences and technologies: 'The Societal Challenges of Developments in Converging Technologies' (in the »Journal for the Criticism of Science«, 2009), 'Neuroscience, Neuroethics and Neurosociety' (in the »Journal for the Criticism of Science«, 2011), and 'The Social and Ethical Aspects of Progress and the New and Emerging Sciences and Technologies' (in »Theory and Practice«, 2014), which included important contributions from both domestic and foreign authors. The special issues were also used as basic material for teaching the social studies of science and technology in Slovenia.

Dr Tony Pustovrh was the initiator and head of the newly established Slovenian unit of the UNESCO Chair in Bioethics (Haifa University) at the University of Ljubljana. Although still in the formation phase, it has already addressed various current issues and topics in the field of bioethics in Slovenia. The unit conducted a »World Bioethics Day« event organized by Dr Tony Pustovrh.

In Slovenia, he often appeared as a commentator and interviewee on the societal impacts of new technologies in various media (newspapers, radio, television, and Internet; see, for example, a video conversation on cognition. He also translated scientific and popular-scientific articles, as well as books on science and technology, into Slovenian. Very recently, at the invitation of the Ministry of Labour in Slovenia, Dr Tony Pustovrh explored the challenges of new technologies for safe and healthy workplaces. He gave interested stakeholders in Slovenia the first informative insights into the way that information technologies and pharmaceutical cognitive enhancement influence and change modern workplaces.

We will remember Dr Tony Pustovrh as an excellent scientist and a generous and extremely pleasant individual. His far too premature death is a big loss for the community working in the field of social studies of science and technology. We mourn for him together with his nearest relatives and other friends.

A selection of Dr Tony Pustovrh’s scientific contributions (in English):