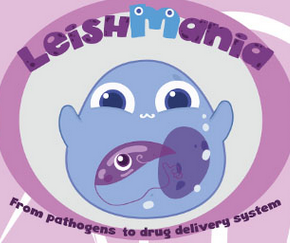 UFMG_Brazil’s iGEM project aimed at creating a new system of medicine production and delivery for human inflammatory diseases, based on a strain of the parasitic protozoan Leishmania, that is modified to be unharmful to humans. The parasite is phagocytized by immune system cells called macrophages, and can this way easily carry the medicine to the immune system. Their application scenario starts with a survey exploring public opinions about GMO in health applications and main sources of mistrust, and results in developing a tool "Ideator" for increasing the exchange of information between general public and scientists. Their technomoral scenario comes in the form of a imaginary future newspaper, exploring safety and societal issues which may arise from their technology. The team organized a series of public engagement activities such as a public poll and publicity campaign during the application scenario preparation. They also supported of creation of a community lab, and organized a course for the students in their home university.
The team won the iGEM award of Best Education and Public Engagement (overgraduate category).