Writing the Human Genome: Between Hype and Hybris? 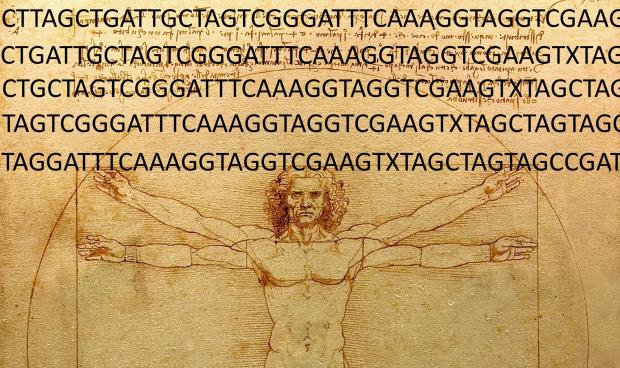 Writing the Human Genome: Between Hype and Hybris?

A recent publication in Science proposing a multi million dollar effort to start writing the human genome was questioned in several comments.  Among the autors are synthetic biologist Jef Boeke at New York University,  genome scientist George Church at Harvard Medical School in Boston, Massachusetts, Andrew Hessel, a futurist at the commercial design studio Autodesk Research in San Rafael, California and quite a few other ‘members’ of the US synbio community.

The ambition of the authors is to reduce the costs of engineering and testing large (0.1 to 100 billion base pairs) genomes in cell lines by over 1000-fold within 10 years. Written human genomes could be applied for many kinds of medical purposes, such as advanced stem cell therapies, prion gene deletion or cancer treatment with improved cancer resistance. Another potential field of application is human genome editing. Especially if the changes desired are extensive, at some point it becomes easier to synthesize the needed DNA from scratch.

The goal is to launch this project, which they call HGP-write, in 2016 with $100 million in committed support, from public, private, philanthropic, industry, and academic sources from around the world.

Against the backdrop of the current ethical debate on the application of CRISPR-Cas 9 technology in human genome editing the authors mention the need for public involvement and consideration of ethical, legal, and social implications (ELSI) from the start as well as timely and detailed consultation among diverse stakeholders to identify common goals.

RRI: too little, too late

Several critics mention the secrecy surrounding a meeting to discuss the project at Harvard Medical School in May, which most probably had to do with the ethical controversy of the proposed project. On May 12th, in a comment in COSMOS Stanford University synthetic biologist Drew Endy and religion scholar  Laurie Zoloth write: “Given that human genome synthesis is a technology that can completely redefine the core of what now joins all of humanity together as a species, we argue that discussions of making such capacities real, like today’s Harvard conference, should not take place without open and advance consideration of whether it is morally right to proceed. When the first people at the table mostly have significant and direct material interests in proceeding, everyone, not just those in the room, risk out-of-control competition between public and private interests, ethical conflicts of interest, and temptations to manipulate human subject consent.”

Another comment regards the commercial interest in a project like this. “Some of HGP-write’s proponents have financial stakes in those firms, which include Gen9 in Cambridge, Massachusetts”, Ewen Callaway writes in a comment in Nature News. Paul Fremont, a structural biologist at Imperial College London, who attended the meeting at Harvard worries that commercial bodies such as DNA-synthesis companies may stake a claim on the project.  He thinks it’s good if this is an open, publicly funded initiative. Boeke would prefer that there be no intellectual-property restrictions on the products of HGP-write, as is the case with his synthetic yeast genome project. But, he says, the “chances are good” that companies involved in HGP-write will be granted such rights “to get the job done”. To allow wider access, the effort may establish patent pools to allow users to easily license the fruits of the project, he adds.

Proposals for large scale ambitious project like this share the tendency to be over optimistic about application and to overstate potential advantages to convince funders. This project sounds very much as another example. So far, many ambitious life science projects never managed to make true what has been promised, either for economic reasons (take for instance artimisinin production by Sanofi) or because biological systems tend to be far more complex than assumed and therefore much harder to be engineered than initially assumed.

Some scientists, however, really seem convinced that the possibilities of ‘engineering life’ are almost limitless. In a post on Medium Autodesk futurist Andrew Hessel dismisses the idea of lab-people. But in his comment in Technology Review Antoinio Regelado writes: “According to Church, however, making new types of people actually is the ultimate purpose of such technology. Church is a transhumanist who sees mankind’s goal as further evolving itself and the rest of nature with it, according to scientific principles. In his book, Church says such ideas are not as “blasphemous” as they may at first appear.”