Widening the scope - Experiences from our 2015 iGEM collaboration 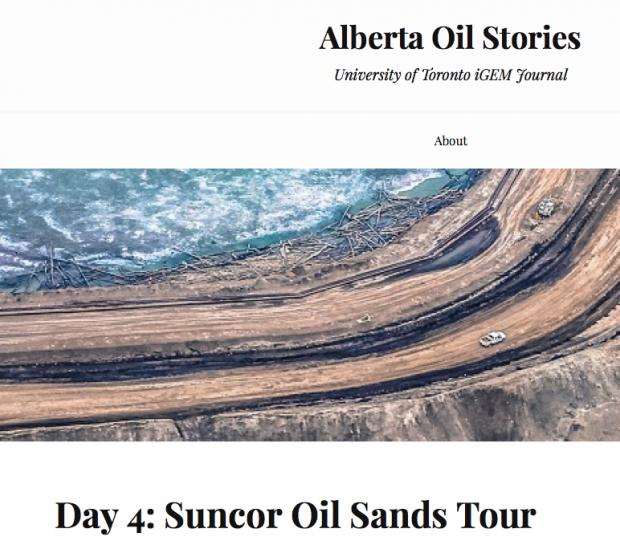 Widening the scope - Experiences from our 2015 iGEM collaboration

The mutual learning activities between iGEM and SYNENERGENE were continued this year, as we again called the iGEM teams to reflect on the societal ramifications of their projects by creating two types of scenarios. The eight teams that we supported prepared their scenarios with the help of guidelines and personal assistance from SYNENERGENE partners in Bergen and Delft. Our work culminated in the iGEM’s Giant Jamboree in Boston, where the teams held workshop discussions about central issues and dilemmas from their scenarios. Many teams also held events on their own, such as science cafes and public debates.

In retrospect, many teams remarked that the collaboration helped them to improve the quality of their project. They especially saw the application scenario as useful in this. It is a welcomed remark, as an important aim of the application scenario is to be a tool for exposing an early-stage technology to the ‘wider world’. That is, to imagine a conceived technology travelling step-by-step away from the laboratory, while interacting with experts and publics. It was notable that many of the teams actually started to see their application scenario as a virtual prototype, helping them to consider technical design choices in the context of user preferences and practices. This also signals a move in iGEM Human Practice work from the language of ‘risks and implications' to the language of ‘innovation and value sensitive design’. A wonderful example is the work of the Edinburgh team, winning the Best Integrated Human Practice award at the 2015 iGEM Jamboree. The team consulted various actors ranging from drug addicts to policymakers throughout the design of their portable system for detecting drug impurities, adapting their design step by step. In elaborating application scenarios most teams indeed envisioned different contexts and practices of use for a particular technology, often consulting several experts with relevant experience about these practices.

The development of application scenarios does indeed inspire teams to wider activities of engagement. However, it is often difficult to judge from the scenario descriptions themselves in what ways these scenarios have been informed by the expertise of relevant stakeholders and knowledge of user preferences and practices. Thus we should further stimulate teams to more explicitly and systematically include in their scenario descriptions the evidence and outcomes from their ‘wider world’ activities and to indicate how these activities have informed design choice. As the scenarios are meant to be used as tools for further engagement activities, it is essential to be able to see the full story of technical and societal considerations behind their development. A good example is the application scenario of the Berlin team.

Widening the scope of the project

The teams also remarked that working with techno-moral scenarios has widened the scope of their project into aspects which they would not have considered otherwise. These scenarios clearly showed potential in triggering a sensitivity to unexpected and unintentional effects of new technologies. Some of them caught our eye in capturing developments which may have increasing relevance in the future.

For example, cell-free applications such as Edinburgh’s could gain further relevance as a production paradigm bypassing some aspects of public acceptability as the product is ‘GM-free’, while highlighting   other types of concern depending on the application. Tufts team chose a topical case of potent CRISPR technology, viewing in parallel the benefits and downsides of privatization and open-science approaches in human health applications. Several techno-moral scenarios, such as those of Darmstadt and Amsterdam, discussed the innovativeness of individual people in finding unexpected uses for new innovations – a topic where open biology may bring new kind of resonance in the future. In the Darmstadt case, this kind of ’grass-root’ and need-based approach was also contrasted to a case of ‘trickle-down’ of technology to benefit marginalized users in ways that apparently did not match their needs, beliefs and circumstances. In techno-moral scenarios about environmental applications Toronto and Berlin on the one hand described a situation of  ‘recovering nature’ with SynBio, which in certain sense  is paradoxical, while on the other hand raising the question whether the modular and standardized approach to biology can deal with complexities of non-standardized ‘wild’ nature in terms of safety and effectiveness. For Toronto also the wider context and complexity of the operational industrial environment was an issue, as the team was faced with the question whether their bioremediation technology for oil sand wastewater treatment could lead to creating a local green image for an activity that may be seen as basically unsustainable (see also the recent ETC publication in this Newsletter). A point to consider here is how to address, from the standpoint of RRI, situations where a particular technological solution may appear ‘responsible’ in the context of a system that as such is not questioned. We should indeed stimulate teams to focus in their techno-moral scenarios on such issues with a clear political bite.

In this year’s collaboration we also aimed at a wider global reach of diverse backgrounds, by inviting participation from teams outside of Europe and North America. What we were able to initiate was indeed a mutual learning experience. Topic-wise, the outcomes did pinpoint some interesting geographical differences, for example in terms of public acceptance: UFMG_Brazil brought out that the Brazilian public was relatively at ease with the synbio health application suggested by the team whereas ZJU China emphasized the significance of governmental approval for general acceptance of novel products in China. Yet, it became evident that we only scratched the surface, as we were faced with differences between political, educational, and innovation systems. As Laurens Landeweerd, supervisor of ZJU team, observes it is crucially important to take into account the differences in roles and responsibilities of iGEM teams across the world. “If IGEM wants to have a truly global scope, it needs to accommodate encouragement of creativity from a diversity of political cultures. This is only possible if one respects these differences. This means that a methodology such as the development of techno-moral scenarios, needs to be defined in such a way that researchers from any culture can be comfortable with the type of assignment asked from them as well as the level of autonomy suggested. This demands team supervisors to take a step back: we cannot afford ourselves to accept our approaches to technology assessment as having a self-evident global validity and legitimacy.”